We leave tomorrow for our third trip to Ireland, the magical Emerald Isle. We were married in Ireland in 2002, returned in January of 2012, nearly ten years later, and now here we go again. Even though there are so many places in the world I have never seen, even once, and want to go; Spain, Brazil, Argentina, Egypt, Switzerland, Sweden, Germany, Fiji, an African safari, and a Mediterranean cruise. So many other places I long to return to; Indonesia, Australia, New Zealand, Japan, Hong Kong, Sri Lanka, and the Umbria Region of Italy. So why a third trip to Ireland? What is it about this small country, the size of Indiana? A country which over 70% of Americans cannot locate on a map bereft of country names. Where do I begin . . . It’s the people. The Irish are warm, friendly, approachable and funny. They live, on average, one year longer than us. Their eyes sparkle with a sort of joy I just don’t see here often. They laugh, and listen. They drink, and eat, together, in groups, often and long. It’s the food. I always laugh when people talk about the bad food in Ireland. I am fairly certain I have had a not so great meal in Ireland, but I don’t remember it. The food is wonderful. Fresh, without preservatives, and you can tell the difference. The dairy products are rich. The vegetables are earthy, colorful, and flavorful. The grass-fed pork, beef and lamb taste almost gamey to me, in the best way. You know what you are eating. But it is the seafood that I anticipate the most; oysters, mussels, lobster, monkfish, halibut and salmon. The seafood from the cold waters of this part of the Atlantic ocean are unmatched to anything I have experienced. Simple preparations, which is perfect because this fresh seafood does not require a formal, fancy presentation. It’s the landscape. Stone and green, cliffs and green, water and green, hills and more green. It is lush, breathtaking, striking, and even a bit whimsical.

It’s the weather. Yes, I said the weather. I love the weather I have experienced in Ireland, first in July, and then in January. It is temperate; never hot, never cold. Just cool enough to make a turf fire feel good, and there is nothing quite like the smell of a turf fire. Just cool enough that you don’t sweat while you are trekking around the countryside. However, let’s wait till I return this time and see if I feel the same because the extended forecast does not look so good for us this time around. It’s the pubs, and the music. Need I say more?

It’s the ability to communicate. Two of our favorite places in the world are Ireland and Belize, both English-speaking countries. I have come to the conclusion, that at least for us, we connect more to a place when we can communicate with the locals. Hear stories, ask questions and make friends. Although in some parts of Ireland, the accent can be so thick that it does not particularly sound like English, at least as we know it.

Our first trip was with 30 plus friends and relatives who celebrated our marriage with us. It was just the two of us the second time around. This visit we will be joined by my son, his girlfriend and best friend, my beloved cousin and his family, a dear childhood friend along with her husband and daughter, and Jack’s dearest childhood friend and his wife. We are staying along the Wild Atlantic Way, in a guest house, Ballyvara House, in the small town of Doolin. We will visit Galway, Cork, Ennis, Midleton, Kilkee, Blarney, Kenmare, the Aran Islands and the Loop Head. Some will golf, some will take a cooking class. We will explore, break bread together, and drink a bunch of Guinness. I promise to share along the way. 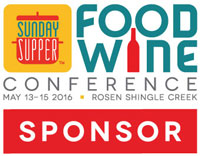